BARTOVICS, József (1935, Oradea - 2005, Oradea)
Artistic education: Graduate of the Popular Art School from Oradea, Graphics department, then Painting, he was the apprentice of Macalik Alfréd and later, of the painter Aurel Pop.
He opened his first exhibition in Oradea in 1955, after which he exhibited successively, in group exhibitions and Salons organized in Oradea and Salonta. In 1971 he participated in a group exhibition in Bucharest, and the following year he exhibited work at Bucharest Biennale. In 1977 he organized a personal exhibition at the Art Gallery in Oradea.
Despite the examples of the time, he detaches himself from naturalism by selecting from the palette of innovative currents from the turn of the nineteenth and twentieth centuries, which better folded from a stylistic point of view: its post-impressionism, cubism, and especially constructivism, succeeding in those of followed by the definition of an original artistic personality, which will not lose contact with reality. He mainly painted urban landscapes, still lifes, and a relatively small number of portraits and self-portraits, the latter reflecting distant echoes of the art of the Baia Mare master Ziffer Sándor.
Strong and impulsive temperament, he will coordinate his artistic expressiveness according to his own laws and his own reality - urban landscapes, a frequently approached theme, present us less of a common palpable reality, than a range of forms filtered by coherent emotions and experiences, personally. The rigor of the construction, the geometrizing, synthetic forms, do not interfere with the interest of the chromatic expressiveness but collaborate in defining his own, original path of the artist. 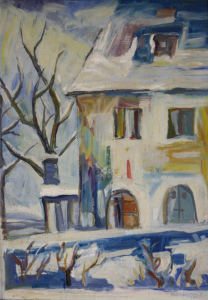 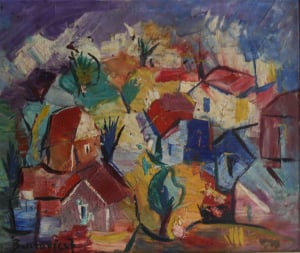 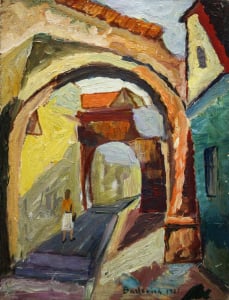