CHIRILOVICI, Nicolae (1910, Ujgorod, Transcarpatia, Ukraine - 1993, Arad, Romania)
Artistic education: he studied in Arad with the academic painter Friederich BALLA and professor Marcel OLINESCU (1927-1930), in Baia Mare with MIKOLA András and KRISJÁN János within the School of Fine Arts (1930-1932).
He made his debut in 1932, in an exhibition with Petru FEIER, in Arad. Between 1932 and 2010 he organized 10 personal exhibitions, most of them in Arad, Timisoara (1961). During the interwar period he participated in most of the group exhibitions in Arad. After 1945 his works were present in the group exhibitions in Arad, in the interregional ones in Timișoara, and in the traveling exhibitions of the Arad branch of the Union of Fine Artists in Bucharest, Oradea, Baia Mare, Odobești, Petroșani, Alba Iulia or abroad in Békéscsaba (1971) and Szarvas (1972) in Hungary, in Subotica, Zrenianin (1974) and Ecka (1979) in Yugoslavia. He was one of the founding members of the Arad branch of the Union of Fine Artists (1951).
Works signed by Chirilovici are in state and private collections in the country and private collections in Italy, Germany, Hungary, Switzerland, Austria, the Netherlands, England, Israel, Canada, USA. 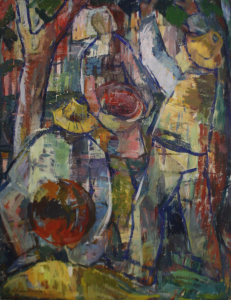 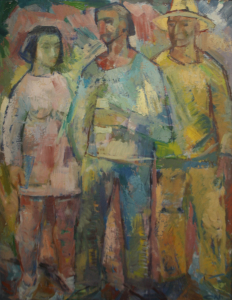