TIBOR, Ernő (1885, Oradea - 1945, Kaufering, Germania)
Art education: Hungarian Academy of Arts (MMA), Budapest (1904 - 1905), with teacher: ZEMPLÉNYI Tivadar; Julian Academy, Paris (1906-1907) with the professor: LAURENS Jean-Paul. He also participated in an artistic colony Baia Mare (1920).
The artist organized national personal exhibitions in Oradea (1907, 1942), Cluj (1923, 1933), Brașov (1923), and participated in seven Official Salons (1926 - 1940): The official Salon of painting and sculpture, Bucharest.
After the establishment of the Horthist regime in Transylvania (1940), the artist of Jewish origin managed to exhibit only in two group exhibitions: Oradea and Cluj (1942).
His main concern stated since his studies were and remained throughout his career - the study of nature. Returning from Paris, he organized his first solo exhibition in 1907, in which he exhibited landscapes and portraits applauded by critics, who immediately noticed the modernism of the vision reflected in these works. Between 1912 and 1914 he exhibited abroad: Stockholm, Copenhagen, Dresden, Leipzig, Frankfurt, Halle, cities where he recorded positive press echoes. The works of this period, inspired by the picturesque life of Oradea, squares, and fairs populated by locals in specific costumes are defined by a bright color palette and special attention to detail. Traveling to England (1925), in search of picturesque landscapes, the works made here will be the subject of a personal exhibition organized in Paris when he became a member of the "Salon of Independents" (1926).
He participates in a Colony of Baia Mare creation, on which occasion he paints numerous landscapes and work scenes of the field. It is the moment when the painter receives on the Baia Mare channel, the Fauve influences brought directly from Paris by VILMOS - PERLROTT Csaba or Sándor GALIMBERTI. The simplification of the volumes in Cezanne's innovative spirit, the chromatic expressiveness based on contrasts, and other means of expression specific to the Baia Mare neo-ists will be preferred by the artist especially in the third decades of the 20th century. The paintings from this period are characterized by a simplification of the volumes, elimination of details, construction of shapes by color, in wide, safe, and consistent touches.
After the occupation of Hungary by Nazi troops, on May 30, 1944, he was deported to Auschwitz, then to Kaufering, near the Bavarian city of Munich, where a subdivision of the Dachau camp had been deployed. He died here in April 1945, twelve days before the liberation of the camp by American troops. 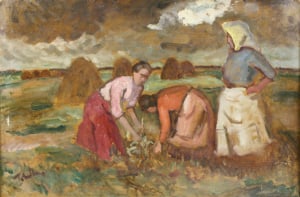 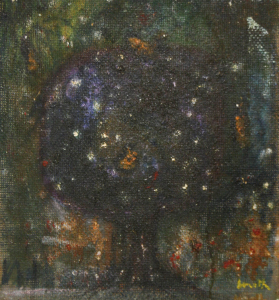 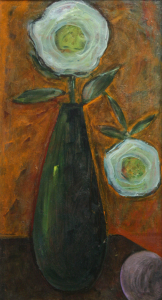