Marcel OLINESCU (1896, Dorohoi –1992, București)
Education: Baia - Mare creative colony (1920)
Bucharest National School of Fine Arts (1921-1923), under the guidance of Professor Dimitrie PACIUREA
Between 1925 - 1978 he organized 18 personal exhibitions (Bucharest, Botosani, Arad, Deva) and participated in 22 group exhibitions and official salons.
An artist represented generously by numerous works present on the shelves of the ART Depot, he comes to synthetically illustrate the stylistic directions of Romanian graphics, in the 20th century. Born in Moldova, student in Bucharest and active for many years in Arad Pro Arte group (1936-1937), which aimed to present the Romanian cultural phenomenon in contingency with the Hungarian one.
Settled in Bucharest, since 1937, he exhibited at the official drawing and engraving salons (1928-1947) and participated in the socio-ethnographic campaigns of Professor Dimitrie Gusti. He received the prize for engraving at the Official Salon (1928, 1933, 1938) and was the winner of the "Lecomte de Noüy" Prize (1929). He made several albums of engravings inspired especially by the popular folklore of the Romanians and the popular mythology.
Marcel Olinescu's engravings "are especially philosophical meditations on life and death, man and nature in a vision close to the primitive simplicity of icons on glass and peasant painting on wood." (Mariana Vida, Romanian Graphics 1900-1945, in ”Art from Romania from prehistory to contemporaneity ”, Romanian Academy Publishing & Mega Publishing, 2018).
Details about the life and activity of the artist, blog article: 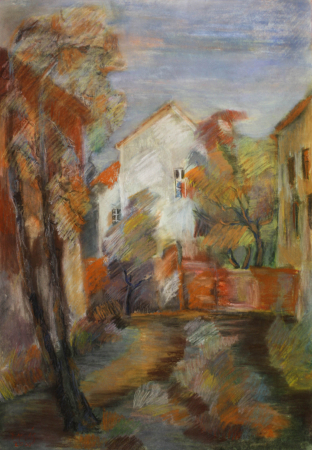 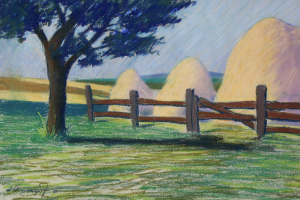 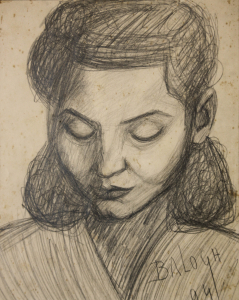 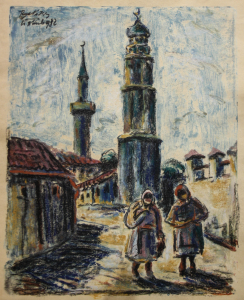 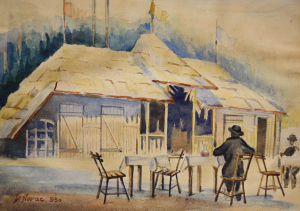 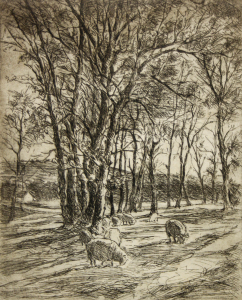 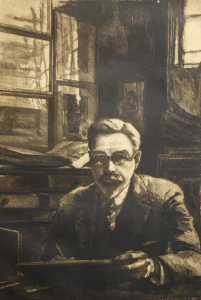 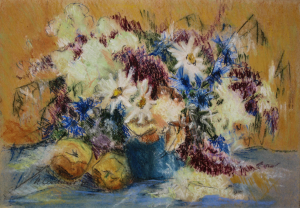